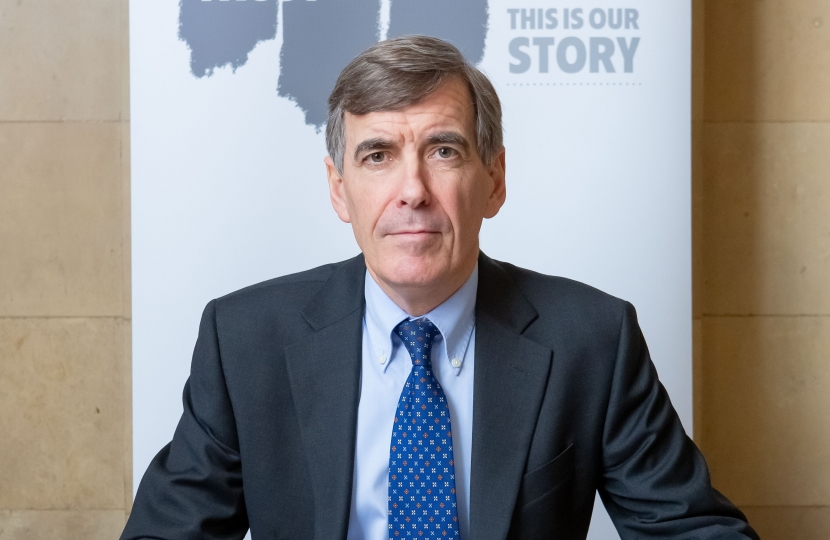 By signing the Book of Remembrance, David reaffirmed his ongoing commitment to Holocaust Memorial Day and to continuing to honour those who were murdered during the Holocaust. The Day is also an important moment to pay tribute to the tireless work of the extraordinary Holocaust survivors, whose efforts in educating today's younger generations about the appalling crimes of the Holocaust play a vital role in helping to tackle prejudice in our current society.

The theme of this year's Holocaust Memorial Day is 'Stand Together'. The aim is to highlight how millions of people were murdered by the Nazi regime simply because of their identity, and how we, as a society, should stand together to remember all those who died as unique individuals. Once again, the Day will be marked with thousands of commemorative events across the country, arranged by schools, faith groups and community organisations, to remember all the victims of the Holocaust and subsequent genocides.

This year's Holocaust Memorial Day has particular significance, as 2020 marks the 75th anniversary of the liberation of Auschwitz-Birkenau, the Nazi concentration and extermination camp in what was then German-occupied Poland, where at least 1.1 million people were murdered between 1940-1945.

As well as pledging his support to remembering the victims of past acts of terrible hatred, last week David added his name in support of the International Holocaust Remembrance Alliance's definition of anti-Semitism, further demonstrating his commitment to eradicating this appalling hatred in modern society. The UK Government has committed to enshrining this internationally-recognised definition into domestic law.

Karen Pollock MBE, Chief Executive of the Holocaust Educational Trust, said: “As the Holocaust moves further into history, it falls on all of us to ensure that their stories and the stories of the 6 million Jewish men, women and children brutally murdered by the Nazis, are never forgotten. We all have a duty to remember the Holocaust and to stand up against antisemitism and hate, now more than ever.”

Speaking after signing the Book of Remembrance, David said, “Holocaust Memorial Day is an important opportunity for us all to reflect on the darkest times of European history. As the Holocaust moves from living history, to history, it becomes ever more important that we take the time to remember the six million Jewish victims and also pay tribute to the survivors. Having visited Auschwitz and seen its horrors first-hand, I was honoured to sign the Book of Remembrance on the 75th anniversary of the camp’s liberation. We must never forget."