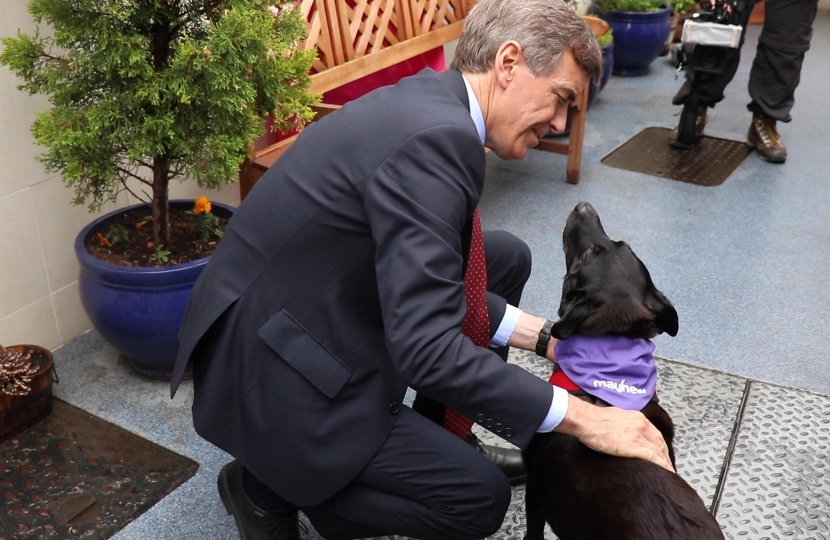 Known as ‘Lucy’s Law’, the new legislation will mean that puppies and kittens can no longer be sold by a third party seller – such as a pet shop or commercial dealer – unless they have bred the animal themselves. Instead, anyone looking to buy or adopt a puppy or kitten under six months must either deal directly with the breeder or an animal rehoming centre.

The law is named after Lucy, a Cavalier King Charles Spaniel who died in 2016 after being subjected to terrible conditions on a Welsh puppy farm. Dogs like Lucy are often kept by breeders to produce multiple litters of puppies, which are taken from their mothers at just a few weeks’ old and advertised online or sold in pet shops.

This practice causes lifelong socialisation issues for the puppy or kitten, as well as a number of preventable diseases. This legislation will ensure that puppies and kittens are born and reared in a safe environment, with their mother, and sold from their place of birth. The ban will also deter puppy smugglers who abuse the Pet Travel Scheme by bringing underage puppies into the UK which are then sold on for financial gain.

David said, “The legislation being laid in Parliament is the next crucial step in stamping out the appalling trade of farmed puppies and kittens. As well as protecting and improving the lives of animals, it’s also about protecting the public from being tricked by unscrupulous sellers. Our ban on third party sales means that people can see first-hand that their new pet is healthy and has come from a responsible breeder.”