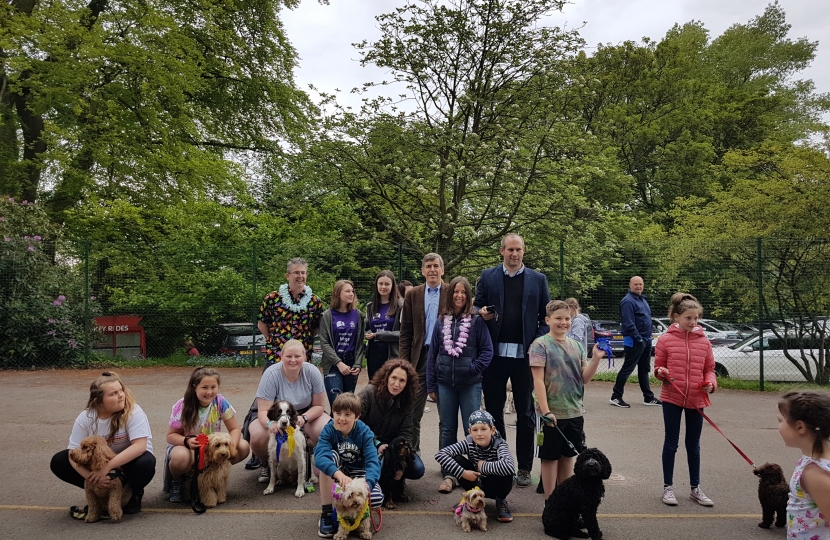 The event raised helped to raise vital funds towards Beech Hall School's ambitious charity fundraising work throughout this year for Papyrus. The charity provides mental health support and suicide prevention work aimed primarily at young people. This is a cause which is close to the students hearts' after the tragic loss of a fellow student and friend to suicide last year. The students are aiming to raise £25,000 for the charity. The school's full programme of fundraising activities began earlier this year with bake sales and bag packing in local supermarkets.

The fundraising drive will culminate this summer with students taking part in a Triathlon, involving an 11.2 mile canoe along the length of Lake Windermere, then cycling 106 miles from Kendal back to High Lane in Stockport, before finally walking the 13 miles back to Beech Hall School for a concert, organised by the students, to mark this very impressive achievement.

The school has an active Virgin Money Giving page, and all donations can be made at: https://uk.virginmoneygiving.com/BeechHallMegaTriathlon

Speaking after the event, David said, "I was pleased to join students, their families, and staff, for this fun-filled afternoon. I was hugely impressed to hear about the very ambitious fundraising activities the students are embarking on, for an incredibly important and worthwhile cause. The young people involved deserve our strongest admiration and support, and I wish them every success in the Triathlon later this year."