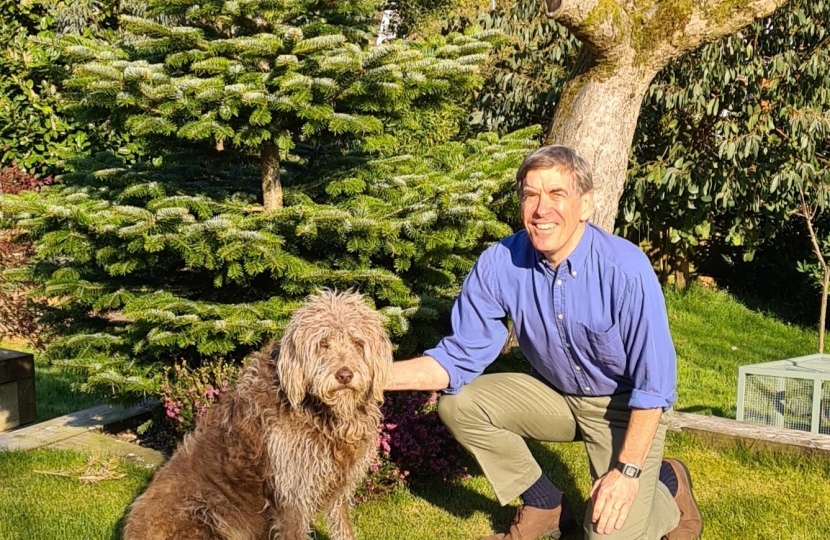 David Rutley, Macclesfield’s MP, strongly welcomed the passing of the Animal Welfare (Sentencing) Bill into law on Thursday 29th April, which will mean that the maximum penalty for animal cruelty will increase to five years. This sends a clear signal that animal abuse will not be accepted in our society.

While serving as the Animal Welfare Minister in Defra in 2019, David introduced the original Bill to Parliament setting out these measures on behalf of the Government. That Bill was not able to progress ahead of the 2019 General Election and this important legislation was brought back to the House of Commons in 2020 by Chris Loder MP, as a Private Members Bill.

The passing of the Bill is a positive step forward in tackling animal cruelty and introducing tougher sentences for the worst animal abusers, so that they face the full force of law. It will increase the maximum sentence for animal cruelty offences from six months to five years, or an unlimited fine, or both. The new legislation highlights that this behaviour will not be tolerated, with the maximum five-year sentence one of the toughest punishments in Europe

David recognises the important role of animal welfare groups in getting to this point. The passionate and longstanding campaigns against animal cruelty by groups, including the RSPCA, Battersea and PC Dave Wardell with Finn the police dog, have been invaluable in raising awareness and pressing for action. They have all welcomed the new legislation.

The UK is a global leader on animal welfare and the passing of the Animal Welfare (Sentencing) Bill builds on other positive action taken to protect animals. While David was a Defra Minister, he brought forward legislation to: ban third party puppy and kitten sales; end the use of wild animals in travelling circuses; and tackle the trade in ivory to protect elephants for future generations.

Following the passing of this new legislation, David said, “I am delighted that this much-needed legislation has now become law. There is no place in this country for animal cruelty and the passing of this legislation sends a clear message that this behaviour is completely unacceptable. I am very grateful for the strong and active campaigns of many animal welfare groups in making this possible. I know that many local residents will be pleased to see that these new sentences will now be put in place.”

Below you can read David Rutley's speeches and appearances in Parliament...