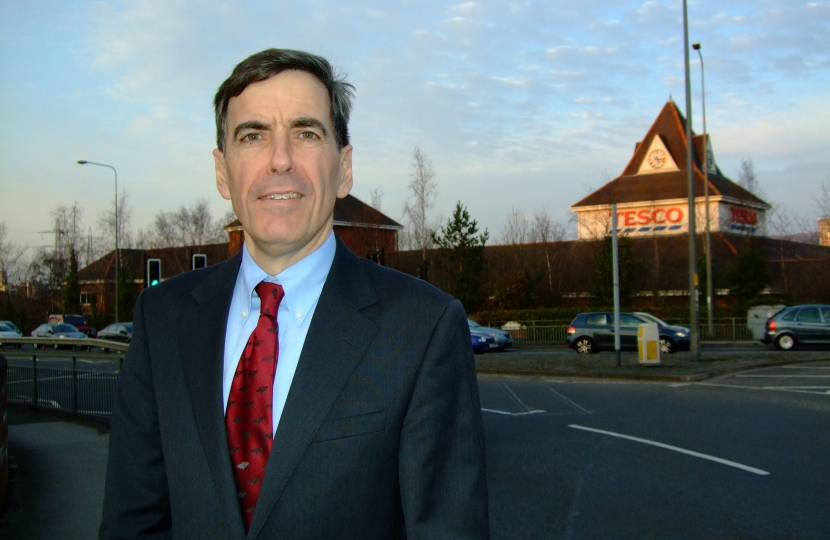 MP David Rutley has written again to Tesco’s Chief Executive Philip Clarke calling on him to answer the concerns of local residents about plans for a new superstore at the former Barracks Mill site in Macclesfield.

David wrote to Mr Clarke in March expressing Maxonians’ worries about the plans, but is yet to receive a reply to his letter.  In the letter, David highlighted the opposition of many local people to the current proposal.  Like many residents and local businesses, David does not feel that Macclesfield can support a store more than double the size of the existing Hibel Road supermarket, as it will have a negative impact on the town centre and traffic flows.

The Macclesfield MP asked Mr Clarke to address a number of concerns, including:

In his latest letter, David notes that while Tesco representatives are speaking with some local businesses and community groups, it is vital that Mr Clarke also offers a formal response to the concerns raised in the wider community.

David said, “The Tesco development continues to be a real cause for concern when I meet people in Macclesfield, and I am still receiving letters and emails objecting to the plans.  Macclesfield town centre is at a critical stage with its regeneration plans.  As a result, it is vital that the right choices are made for our future prosperity and that local people are listened to.  I am disappointed that Mr Clarke has not replied to the concerns of local residents and I am asking for a full response in the near future.”