Out On The Beat To Tackle Drug Crimes 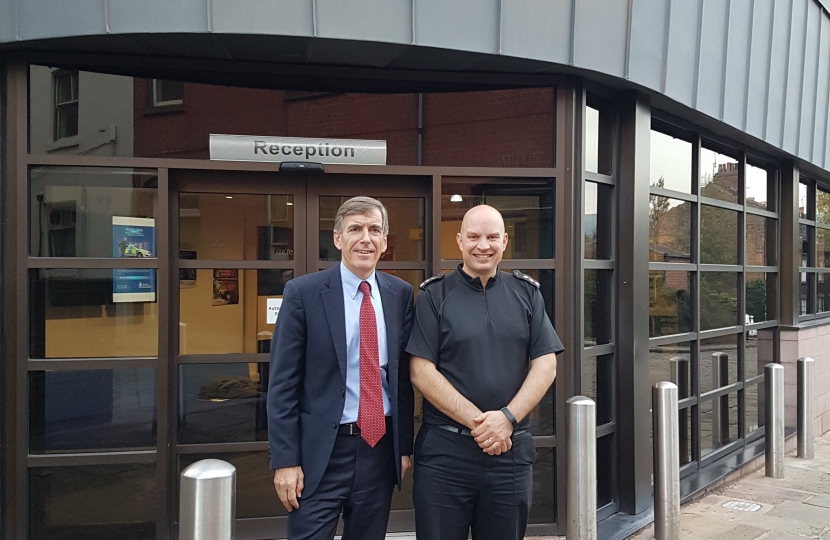 Cheshire Constabulary continues to intensify its work tackling harmful drug-related crimes, as local MP, David Rutley, saw for himself when he joined plain clothes officers from the Pro Active Unit on the beat around Macclesfield recently.

On patrol, David spoke with Chief Inspector Jez Taylor, of the Macclesfield Local Policing Unit, who updated him on the important work of the Unit and other officers in disrupting drug dealing and supplying in our area. A number of targeted searches of properties in the town have taken place in recent weeks, with drugs and other stolen goods being seized. The searches have resulted in arrests, with investigations ongoing.

David learned that the Unit's work also involves collaboration with colleagues in neighbouring constabularies, such as Merseyside and Greater Manchester Police, or other agencies like the British Transport Police, as the rail network is a key gateway for bringing drugs into the area from cities like Liverpool or Manchester.

As well as enforcement action, officers also proactively take part in preventative work, seeking to engage with young people who they believe may be at risk of being drawn into these dangerous activities. This includes visits to their homes, to warn of the possible consequences and assess what further support them may need to keep them safe.

Speaking after his visit, David said, "Our local police officers work incredibly hard in tackling harmful county lines drug crimes, helping to protect vulnerable people from being drawn into these activities and keeping drugs out of our communities. It was a privilege to be able to join local officers to see for myself the planning and time invested in keeping local residents safe. They deserve our full support in doing this.”