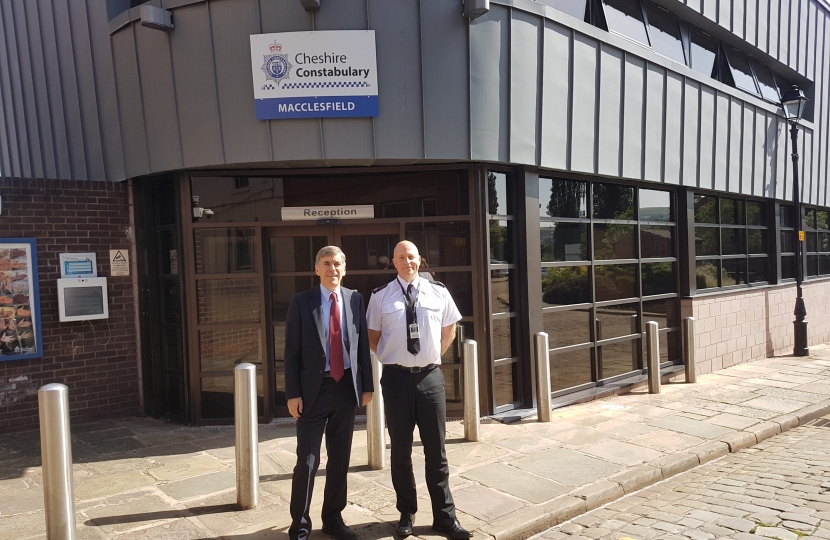 A number of neighbourhood watch schemes already exist in and around Macclesfield, including in Bollington, Disley and Poynton, as well as in Macclesfield itself. Superintendent Crowcroft explained that Cheshire Constabulary is committed to expanding this network still further, with even closer working between local residents, police community support officers, and local policing units.

To support this, local police are asking local volunteers to support additional neighbourhood watch schemes, by acting as co-ordinators for schemes in their area. The main role of co-ordinators, who are registered with the police, is to receive crime updates and other community safety warnings from the police, and to organise how each member will receive these warnings. They can also encourage neighbours to improve their personal and home security and report any suspicious incidents to the police and other agencies.

Superintendent Crowcroft also highlighted other key policing priorities for Cheshire East, including promoting greater public awareness of the important Crimestoppers service. Crimestoppers is an independent charity that works with police forces throughout the UK to support people to anonymously report information about a crime. Its telephone number - 0800 555 111 - provides an invaluable community service, so that anybody who has information about criminal activity can pass it on, without living in fear of the consequences.

Speaking after his meeting, David said, "It is good that our area already has a well-established neighbourhood watch network, but it is clear there is more we can do to better promote these schemes and reduce local crime. I am grateful to Superintendent Crowcroft for updating me on the important work underway locally to further expand neighbourhood watch schemes and reduce crime. They deserve our support – I hope that more local residents will look get involved.”