Need for A6 Corridor Study Agreed at High-Level Meeting 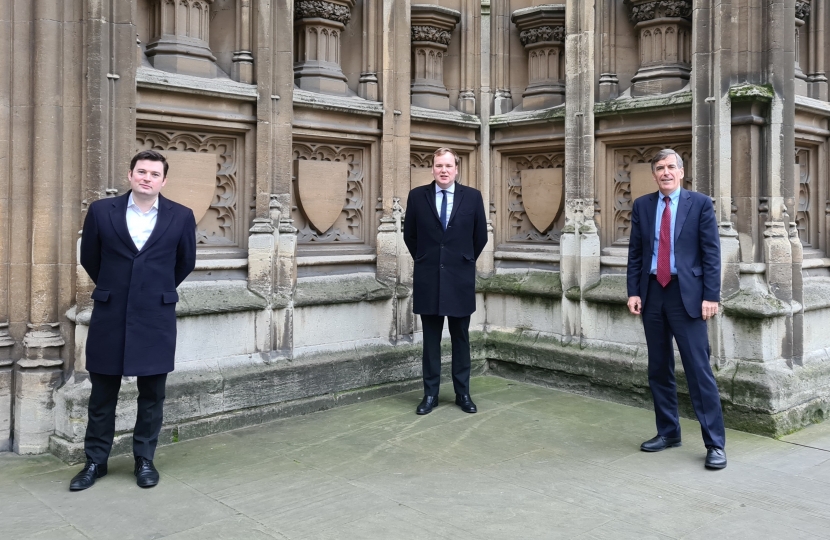 A clear commitment to develop an “end to end” A6 corridor study and action plan was agreed at a high-level meeting involving the three MPs and four Local Authorities representing the route from Buxton in the east, through Disley and on to Hazel Grove in the west.

The meeting was arranged in response to ongoing traffic congestion and air quality issues along the corridor, which have been the cause of strong concern among local residents. It was organised in response to an initial request from local MPs: Robert Largan, David Rutley and Will Wragg, representing High Peak, Macclesfield and Hazel Grove respectively, to develop a comprehensive action plan for this important route.

Senior officers from the relevant Local Authorities: Stockport Metropolitan Borough Council, Cheshire East Council, Derbyshire County Council and High Peak Borough Council, also attended the virtual conference meeting. They shared concerns about the challenges facing communities on this strategic road and supported the need for a corridor study, with a clear evidence base, that would then be used to establish an action plan in the months ahead.

The meeting reviewed a range of issues that could help mitigate the increased traffic flows on the A6, since the opening of the A555 at the end of 2018. Achieving a “modal shift” in transport usage will be important and the study will include a focus on seeking to improve train services and enhancing cycling and walking routes.

A clear evidence base, including up to date traffic count and air quality data, will be established to inform the study. Work will also be undertaken to better understand the impact of rat runs to help inform traffic light sequencing at key junctions along the route. Traffic models also suggest that, when completed, the Poynton Relief Road will help relieve traffic pressures on the A6 corridor.

After the meeting, David said, “Tackling traffic congestion and air quality issues on the A6 corridor is an important priority for me and other local MPs who represent communities on this important route. I am pleased that this high-level meeting, with all the Local Authorities involved, agreed that a study needed to be developed at pace and that a wide-ranging action plan would follow – which is much-needed.”