My Recent Statement On Danes Moss 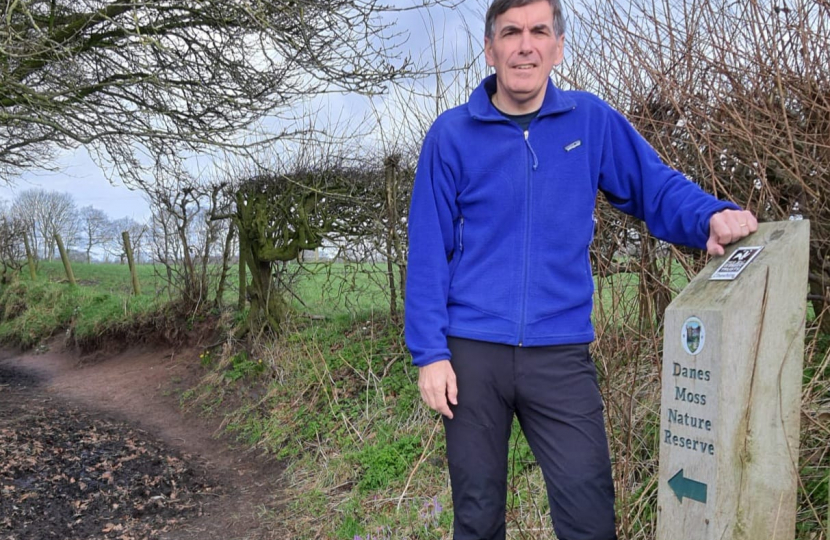 I have very strong concerns about the proposed development on the extensive peatland at Danes Moss, like many local residents.

The planned development of 950 homes in this South Macclesfield Development Area will have clear impacts on much-valued peatland and lead to a significant loss of biodiversity. We are all increasingly aware of the vital role peat plays in tackling climate change – it is a very valuable source of carbon storage.

That’s why I am calling on Cheshire East Council to suspend any further steps that could progress the development plans, until after important environmental studies have been fully completed and considered.

There needs to be an up to date Environmental Impact Assessment, with particular focus on the proposed link road which would cut across some of the deepest areas of peat. A hydrology study highlighting impacts on ground water conditions, including those at the treasured Danes Moss nature reserve nearby, and a review of the impact on insect life at the site also need to be completed.

It is vital that these studies are based on the very latest information and that there is proper time for officials, Councillors, key stakeholders and the public to review these documents, so that they can be fully taken into account before any further active consideration is given to the development proposals.

The Save Danes Moss campaign is doing important work to highlight concerns about the development and raise public awareness about the potential impacts of making irreversible decisions about the future of this vital area.

Peatland is undoubtedly a major contributor to reducing cardon emissions and the fight against climate change. We need to do all that we can to properly safeguard it, particularly at Danes Moss, for future generations.