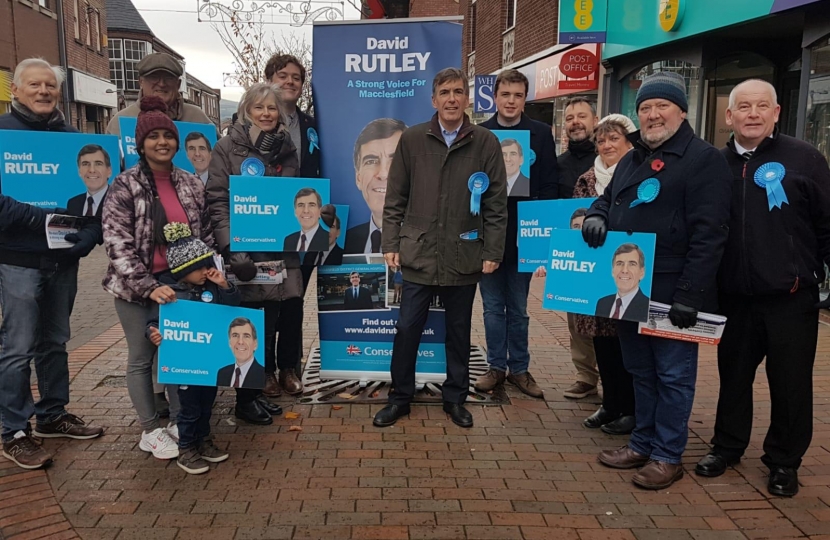 It has been a great honour to represent local residents and communities both locally and in Parliament, since first being elected in 2010.

This is a vital election. It’s time to move forward, put the current uncertainty behind us and leave the EU with a negotiated agreement.

I respect the result of the 2016 national referendum and believe that delivering a negotiated agreement on the UK’s withdrawal from the EU is an important priority. I consistently voted for leaving the EU with a deal in Parliament. That’s why I am pleased that the Prime Minister has renegotiated a new deal, which allows us to leave the EU without disruption.

It will provide greater certainty, so we can get on with the priorities we share.

Working with local community groups, I successfully campaigned to save adult mental health beds in Macclesfield and also secured the future of A&E services at Macclesfield Hospital. I am pressing for more action to revitalise Macclesfield town centre, having secured £5 million to improve public spaces.

I will continue to campaign for further investment in local schools and health services. We need to protect the environment and also enhance air quality in Broken Cross and Disley. I actively support the police to crackdown on crime and work to strengthen the local economy to create more jobs. I am campaigning to deliver the £50 million Poynton relief road to tackle traffic congestion.

I am now seeking your support to continue this important work in the next Parliament.