My Letter To Cheshire East Council Regarding Development Sites On Chelford Road, Macclesfield 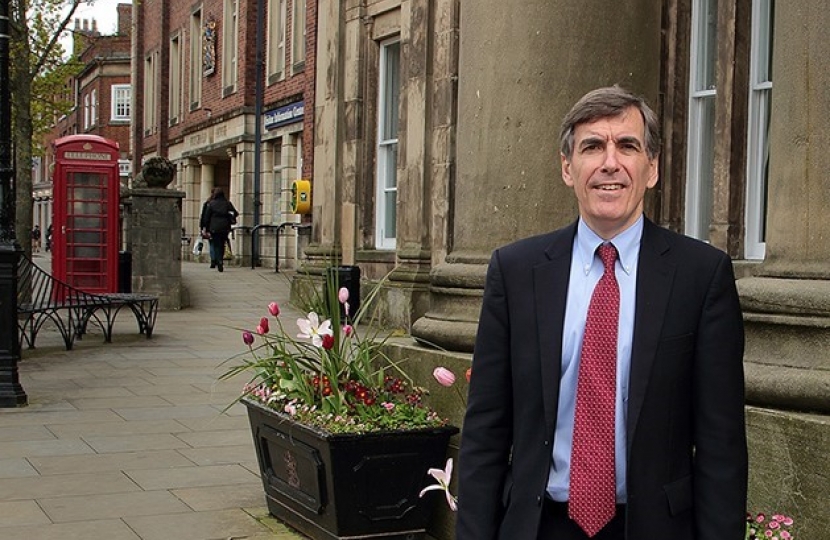 I am writing to express my strong objections to Planning Application No. 19/5582M, regarding reserved matters in relation to the planned development of 232 new homes on land between Chelford Road and Pexhill Road in Broken Cross and Henbury. In doing so, I am also highlighting the concerns that have already been submitted to Cheshire East Council by Save Macclesfield Green Belt Group and Henbury Parish Council.

The objections relate to: air quality management; flood risk and drainage issues; damage to existing habitats; infrastructure, including roads and schools; and the scale, massing and design of the proposed developments.

Firstly, with regards to air quality, it is already well-established that Broken Cross has a number of ongoing challenges with regards to pollution and air quality, and it is within a designated Air Quality Management Area (AQMA). Given the number of homes that are proposed around Chelford Road, it is vital that there is a full assessment of the cumulative impact of these developments on local air quality, with detailed action plans setting out how these serious air quality concerns will be mitigated.

Like Save Macclesfield Green Belt, I continue to have strong concerns about the robustness of the data that has informed the recommendations for the development. The group is concerned, in particular, that Pollution Tube CE91, which was located at the Broken Cross roundabout, was removed prior to three large planning applications, and therefore that no data from this tube can have been used in the assessments that have informed this and other developments around Chelford Road.

In addition, I understand, for example, that data was taken at a time when school students were on study leave, with the result that the information is unlikely to reflect more typical traffic levels in this area. The group has also highlighted that the data being used does not seemingly include vehicles approaching the Broken Cross area from Pexhill Road, where long queues regularly form during peak times. Save Macclesfield Green Belt group has also highlighted that the air quality data being used to support the development does not include information on the likely effects of increased traffic arising from the new Kings School development, the Bollin Meadow development on Chester Road, or the other developments on the north side of Chelford Road. This would appear to be a significant omission from the current data, given that a cumulative understanding of the impact of all of these developments should surely be a prerequisite of planning approval being given.

Therefore, like Save Macclesfield Green Belt, I believe it is essential that more robust and detailed analysis of air quality issues is undertaken at this location before planning permission can be granted.

Secondly, Save Macclesfield Green Belt and Henbury Parish Council highlight that the proposed development site sits within an area identified by Cheshire East Council as a Critical Drainage Area. In spite of this, I understand that appropriate mitigation measures remain unaddressed in this planning application. In particular, Save Macclesfield Green Belt Group has highlighted that there is no above or below ground attenuation planned for the site, and that a number of existing water bodies are to be built on or infilled. This is likely to significantly reduce the potential for surface water to successfully drain from the site.

The group is also concerned that the cumulative effect of the various developments around Chelford Road on the public sewerage system remain unaddressed. It is vital that a more comprehensive assessment should take place before planning permission can be approved.

Thirdly, I share the concerns highlighted by Save Macclesfield Green Belt group and Henbury Parish Council regarding the impact of development on Cocks Wood. As Cheshire East Council will be aware, this environmentally-sensitive location is a site of Special Biological Interest (SBI), and it is acknowledged within the Local Plan that this site contains important natural features such as trees, hedgerows, and ponds, as well as some protected species. Save Macclesfield Green Belt raises strong concerns that the development, as currently proposed, involves the removal of priority hedgerow habitats, grasslands and wetlands, without details having been given as to how to replace and balance the biodiversity that would be lost as a result of this.

I agree with the group’s suggestion that the developer should consider creating a continuous open space throughout the development, including the planting of native species along the western border, to help promote and protect biodiversity at this location. The group also observes that the development sits near an area of peat land, which must remain in situ.

Fourthly, there are strong concerns that have been raised by local residents regarding the impact of development on local schools. It is essential that Cheshire East Council sets out how concerns about increased numbers of school students would be addressed going forward. In addition, I share the concerns highlighted by Save Macclesfield Green Belt and others that this development would place additional pressure on the existing road network. It is well-documented that the Broken Cross roundabout already experiences significant volumes of traffic at peak times; even taking into account the proposed redesign of this location, it is likely that traffic levels would be worsened by this development, given its size and scale. It is essential that this issue is given serious consideration in the planning process.

Finally, Save Macclesfield Green Belt raises strong concerns about the scaling, massing and detailing of the proposed development. The group observes that the potential scale of the buildings would dominate existing structures in their immediate vicinity, and that there would be insufficient screening to mitigate the visual impact of the development. I further understand that the development, as proposed, would raise the overall height of the land on which it sits, further emphasising the development, rather than allowing it to blend more holistically within the existing landscape.

Given the strong level of concern across the community in Broken Cross and Henbury about these proposals, and the strong concerns voiced by Save Macclesfield Green Belt group and Henbury Parish Council, I would be most grateful if Cheshire East Council could give the points raised above the most serious consideration that they deserve, and refuse planning permission for this application, unless revisions, as outlined above, are made.