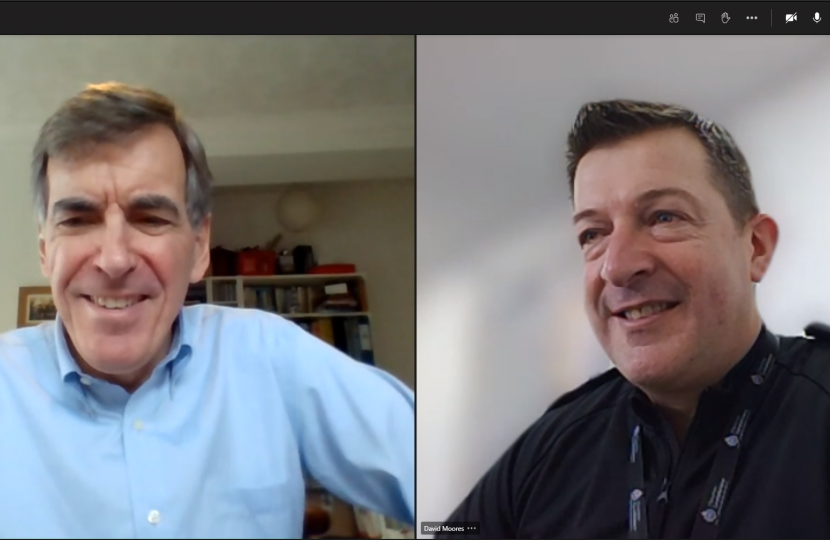 Ensuring that local residents abide by the public health regulations during the latest lockdown was at the top of the agenda for the meeting. The Chief Inspector explained how over recent months there has been greater focus from the local police team on enforcement, building on work to “engage and explain” with members of the public on the importance of keeping to the rules.

Other key priorities include tackling county lines crime, which involves organised criminals from major cities such as Liverpool or Manchester expanding their drug networks to neighbouring areas, including Macclesfield and other local communities. Cheshire Police continue to make strides in bringing these gangs to justice and cracking down on the associated violent activity, abuse and criminal exploitation.

The new Chief Inspector set out how local police continue to focus on domestic abuse, which accounts for around 20 per cent of crimes, and is a particular concern during the pandemic. He also confirmed that the local Rural Crime Team is actively involved in tackling a wide variety of crimes affecting rural communities, including: the theft of agricultural machinery, diesel and all-terrain vehicles; fly-tipping; criminal damage to crops and fields; and wildlife crimes.

After the meeting, David said, “I am very grateful to Chief Inspector Moores and all his team for the vital work that they are doing day in day out in our local areas, particularly over these challenging months. I have seen first-hand on many occasions how our local police officers and PCSOs work tirelessly to protect local residents and keep our communities safe - they deserve our full support in these unprecedented times.”