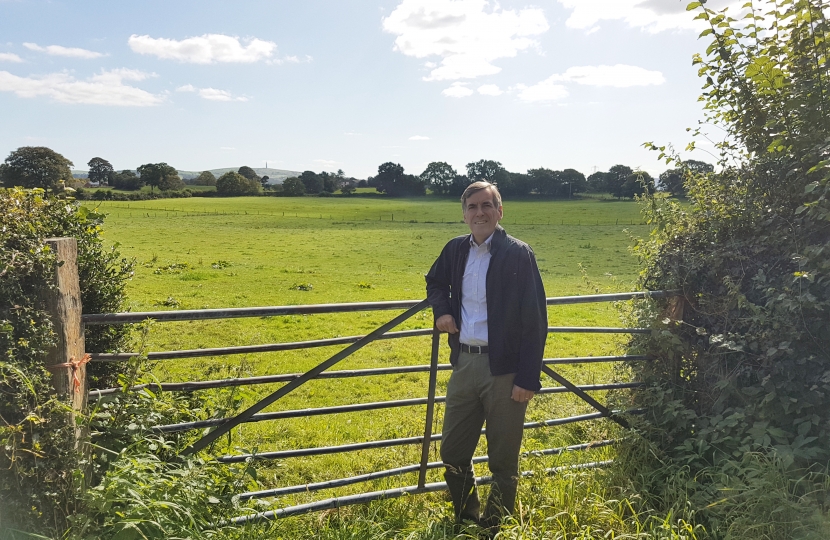 Local MP, David Rutley, has given his strong support for calls for sites in Bollington, Disley and Prestbury that are currently in the Green Belt to be removed from proposals to allocate them for development in Cheshire East Council’s Site Allocations Development Policies Document (SADPD).

David has joined many local residents, community groups, Bollington Town Council, Disley Parish Council and Prestbury Parish Council in urging Cheshire East Council to remove sites from its proposals to roll back the Green Belt to provide “safeguarded land” for development after 2030.

Like others opposed to the proposals, David has made written submissions to Cheshire East Council also setting out that the Council has not attempted to conduct an up-to-date assessment of the need to release further land above the amount that has already been provided for, and that an evidenced case has not been made showing that there are “exceptional circumstances” to justify the roll back of the Green Belt at these sites.

That is why he is pressing the Council to remove policy PG12 on safeguarded land boundaries from the SADPD and remove the five sites in the Macclesfield constituency that are proposed to be “safeguarded” for future development from the Adopted Policies Map.

After forwarding his submissions to Cheshire East Council, David said, “Protecting our much-valued Green Belt remains a vital local priority. I am actively supporting concerned residents in Bollington, Disley and Prestbury by opposing proposals in Cheshire East Council's Site Allocations Development Policies Document, which would allow housing development on Green Belt land in these communities. The Council has not conducted an up-to-date assessment of the need, nor made the necessary case for such development. That’s why I strongly agree with local campaigners and local town and parish councils that these proposed sites in the Green Belt should not be ring-fenced for development after 2030.”