MP Calls For Vital Train Service To Be Restored 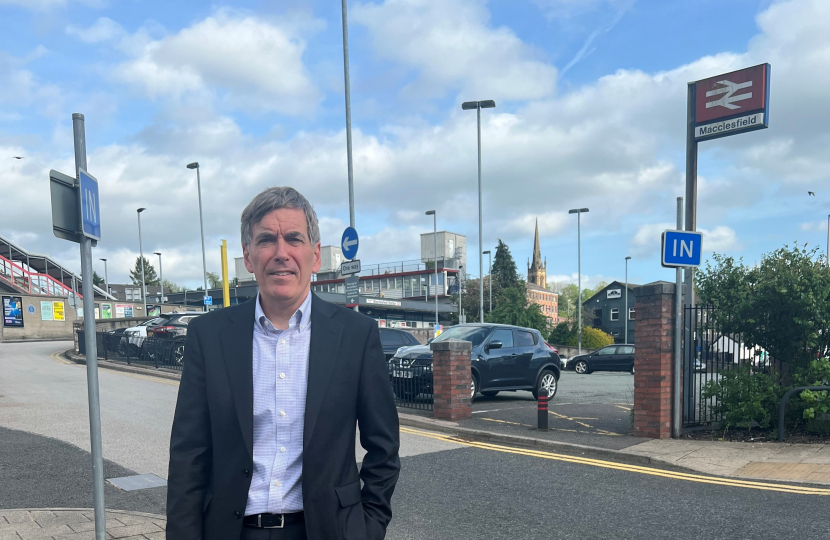 Following the announcement that the vital 8:02am fast service from Manchester to Macclesfield has been cancelled, local MP, David Rutley, has written to Phil Whittingham, Managing Director of Avanti West Coast, asking for the service to re-instated as a priority.

Since the cancellation, David has received many complaints from local commuters relying on this peak service to get to their place of work in Manchester at the start of their working day. David has also seen the strong concerns raised on social media and in local news outlets, highlighting the inconvenience and disruption this will cause.

David has recently spoken to Mark Osborne, Regional Growth Manager at Avanti West Coast, to discuss the concerns of local passengers and to seek a replacement train service to be put into effect as soon as possible. During this meeting, David also raised his real disappointment in the poor level of communication from Avanti West Coast, regarding the changes in the timetable.

Mr Osborne confirmed that the removal of this service is temporary and that the 8:02am service will return in September. However, David has asked for local train service providers such as Avanti West Coast and Northern, to look at all possible options to urgently bring back this much valued train service before then.

David is now awaiting a formal response to his letter from Mr Whittingham and is also seeking a meeting with him to press for urgent action to be taken on the issues raised.

David said, “Many constituents are rightly concerned about the 8:02am service being cut, and it is very disappointing to see this peak time train being removed. Although temporary, the poor communication and the lack of a stand in service has left passengers facing real disruption to their commutes and working day. I have contacted Avanti West Coast’s Managing Director to discuss this further and set out my strong support for bringing back the service and finding a replacement in the meantime.”

Having secured £5 million from Cheshire East Council to improve public spaces, I am pressing for plans to now be rolled out with local businesses and community groups to improve the town centre.