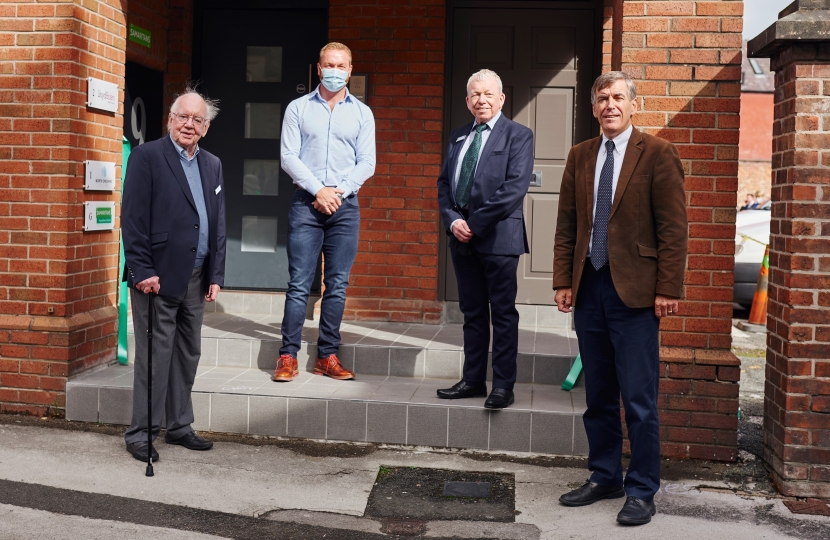 In his speech, Mr Blackledge recalled the changes the Macclesfield & District branch has seen during the 30 years it enjoyed at its former location in the town, whilst looking forward to a future at its new home, offering superior accommodation fit for a modern Samaritans branch. “The new premises at King Edward Street provide a more flexible layout, better accessibility and a more supportive environment for our volunteers,” Mr Blackledge confirmed.

Comprising a face-to-face meeting room, operations room and large training and general meeting facility, the new offices will allow the Macclesfield branch to continue to contribute to the national charity’s efforts, as volunteers answer calls from people in distress or despair every six seconds. Calls are directed across all 200+ branches in the UK and Ireland, with volunteers operating 3-6 hour shifts during which they will constantly answer phone calls and emails.

Further details on Samaritans of Macclesfield & District, including volunteering and fundraising information can be found by visiting www.samaritans.org/branches/macclesfield and the charity’s shop is located in Pickford Street, near to the town’s bus station.

Speaking at the opening, Sir Chris said, “I was delighted to be asked by Macclesfield Samaritans to open their new premises. Samaritans plays an incredibly important role, both within the community and throughout the UK, providing support for anyone in emotional distress, 24 hours a day. This service is needed now, more than ever.”

Following the ceremony, Macclesfield MP David Rutley said, “I am very grateful for the vital work that our local Samaritans do to support those in emotional distress. Their new home accommodates the facilities they need to provide this support, which is a real priority in these challenging times.”

Having actively campaigned for fundamental reforms for local leaseholders over recent years, local MP, David Rutley, has warmly welcomed the Government’s recently announced plans to provide greater fairness, save money and establish clearer security for millions of leaseholders across the country