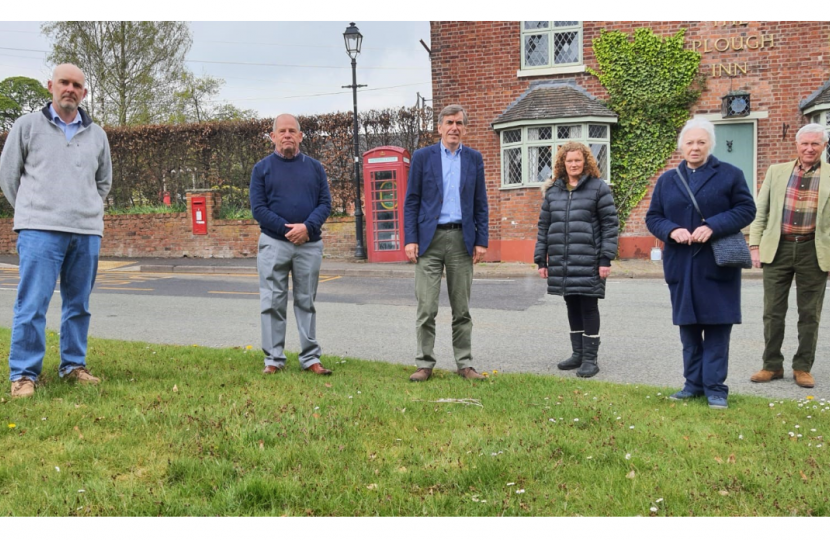 Local MP, David Rutley, is urging Cheshire East councillors to finally put an end to Cheshire East Council's ill-judged plans set out in its Community Governance Review, which would have led to local villages losing their unique identities and to some being absorbed into neighbouring towns.

For many months, Cheshire East Council's unpopular Community Governance Review, on the future and boundaries of local councils, has caused widespread concern in local rural communities and villages across the Borough. The strong reaction from local residents across the affected communities led to a huge number of responses having been made to the public consultation. The strength of local campaigns clearly demonstrated the opposition to the Council’s plans and the strong desire to save local villages and support rural communities.

As a result of such firm opposition, Cheshire East Council has now largely backtracked from these unpopular plans relating to the communities around Macclesfield. In the weeks ahead, Cheshire East councillors will have the chance to decide on the revised plans.

David is now calling for the old plans to be firmly rejected and for revised proposals to be given the green light, which would enable Eaton, Marton and North Rode to continue to have their own Parish Councils. The latest plans before Councillors would also mean that Macclesfield Forest and Wildboarclough and Wincle will no longer be placed into a new – less local – single council with rural parts of Sutton.

Furthermore, Councillors will also be able to ensure that Lyme Green will not be subsumed into Macclesfield Town Council’s remit, so that it can continue as part of Sutton Parish Council along with Sutton and Langley, as it has been for many years. Similarly, Gawsworth Moss, which plans would have also made part of Macclesfield Town Council, will now be able to remain an active part of Gawsworth Parish Council.

These steps would put to an end to the worst of the Community Governance Review, which many campaigners felt was a land grab on behalf of larger town councils. Campaigners have also expressed their concerns about the unnecessary worries caused by, as well as the cost of, the Review process itself.

David said, "Local residents have clearly set out their objections to these poorly thought through Community Governance Review plans. After all these months, it’s time for the views of local communities to prevail and for the identities of much-valued local villages to be fully respected. I hope that the original plans will be formally rejected at Cheshire East Council's Full Council meeting later in April.”