Dog Owners Urged To Be Aware Of Sheep Worrying 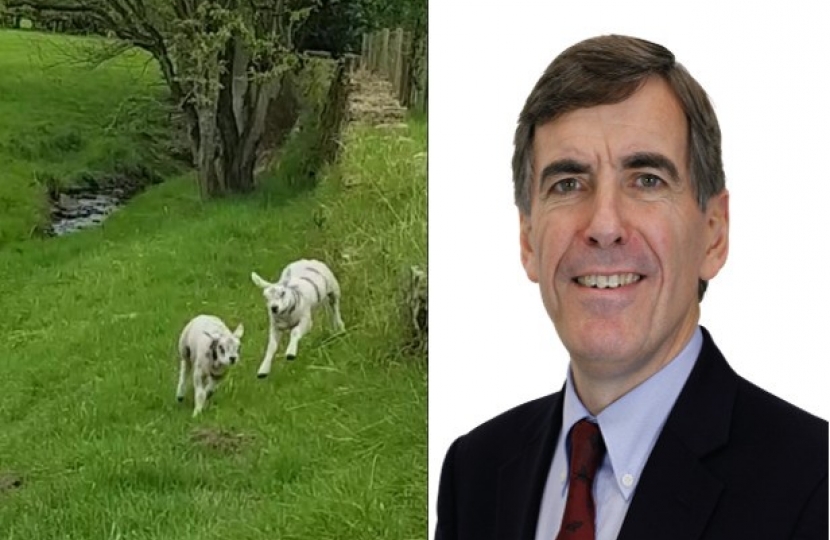 Dog owners are being urged by Macclesfield MP, David Rutley, to enjoy the countryside responsibly and keep their dogs on a lead to avoid sheep worrying when near livestock during the Spring season.

Local farmers have been in contact with David to raise their concerns about the number of walkers who let dogs off the lead in fields close to livestock. They are worried that this could lead to serious injury or livestock being killed. This is particularly important as we approach a warm Bank Holiday weekend, with many local residents looking forward to taking their dogs for walks during their exercise periods while in lockdown. Farmers are also asking dog owners to consistently clean up after their dogs to protect the environment and avoid disease.

David has campaigned with the NFU on this important issue over many years. Local farmers have regularly raised this issue with him during his meetings with the NFU’s Macclesfield Branch. The local branch actively works with other organisations and Cheshire Police rural crime team to help promote the message that dogs should be kept on a lead when walked near livestock. This guidance is clearly set out in The Countryside Code.

Sheep worrying, which involves a dog attacking or chasing sheep, can cause serious damage to livestock and is a criminal offence. The stress of worrying by dogs can result in sheep being injured or killed; cause damage to fences and field boundaries as sheep run from dogs; and lead to loss of life among lambs when they become separated from their mother and fail to find her again. In 2017, dog attacks on livestock cost the farming industry £1.6m. NFU Mutual research highlights that over 80% of dog owners exercise their pets in the countryside with over 60% letting them roam off the lead, and 7% admit that their dogs have chased livestock in the past.

Speaking about this important issue, David said, “It is vital that dogs are kept on a lead around horses and farm animals, particularly during the Spring season. Around Macclesfield, we are able to enjoy walks in the countryside with our pets, but it is vital that dogs are kept under control. This will help keep their owners safe, protect farm animals and allow sheep farmers to effectively carry out their work at this important time of year.”