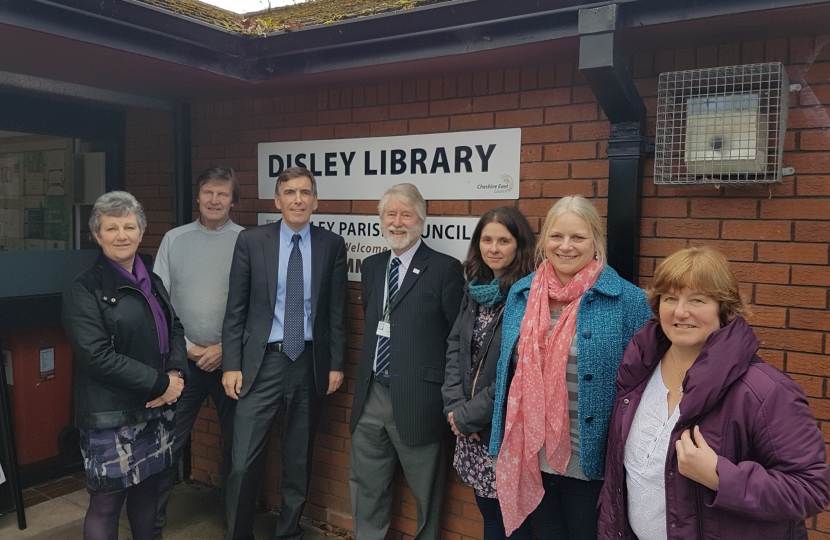 Like many local residents, David had strong concerns about the possible closure of Disley Library, as part of the Council’s recent budgetary considerations. Along with Disley Parish Council and Disley's Cheshire East Councillor, Cllr Harold Davenport, David has campaigned to retain important services at the Library and ensure its future use for the community.

It is, therefore, positive news that, at its meeting of the full Council on Thursday 22nd February, Cheshire East councillors agreed to retain all of the current library provision across Cheshire East, meaning that no local libraries will close.

Disley Parish Council has invested heavily in the Library recently, helping to create a community hub for the village, with mother and toddler Rhyme Time, internet services for those without computers, and much-valued services for the elderly and isolated.

David said, "Libraries deliver so many important services for local residents of all ages, including those relating to education and health. I therefore strongly welcome this decision and am pleased that Cheshire East Council has listened to the positive local campaign to maintain services at Disley Library, of which I was privileged to be a part. I will go on actively working to help ensure that the Library continues to play an important role in the life of the community in Disley."