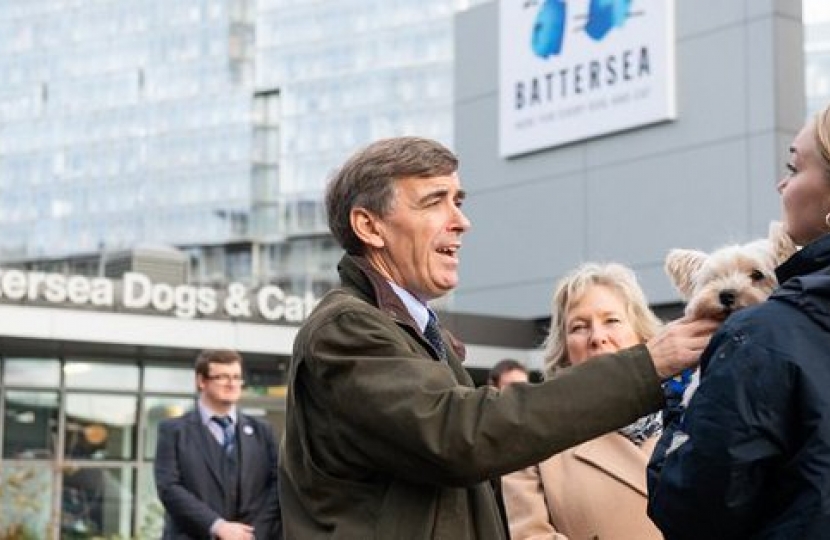 A new ban on the third-party sales of puppies and kittens has been announced by Macclesfield's MP, David Rutley, who is also the Animal Welfare Minister at the Department for the Environment, Food and Rural Affairs. He made the announcement regarding the Government’s intention to introduce the ban on a recent visit to Battersea Dogs and Cats Home, in South West London.

The ban will mean that anyone looking to buy or adopt a puppy or kitten under six months must either deal directly with the breeder or with an animal rehoming centre. This will help to crack down on puppy farms and make it much harder for unscrupulous high-volume, low-welfare breeders, both licensed and unlicensed, whose trade relies on third party sellers.

This important step forward will help to bring to an end the terrible welfare conditions found in puppy farming and solve a range of existing animal welfare issues. These include the early separation of puppies and kittens from their mothers and the increased likelihood of long journeys that puppies or kittens have to undertake. All of these can contribute to an increased risk of disease and a lack of socialisation for the puppies and kittens.

The decision to introduce the ban was taken following a public consultation that took place last year, in which there was over 95 per cent support for a ban. This positive measure has also been welcomed by a range of animal welfare charities, including Battersea Dogs and Cats Home, the Dogs Trust, the RSCPA, and the Kennel Club.

During his visit to Battersea Dogs and Cats Home, David said: "This ban on third party sales of puppies and kittens is part of the Government's commitment to make sure the nation’s much-loved pets get the right start in life. I pay tribute to the Lucy’s Law campaign and the many stakeholders who have passionately campaigned for this ban. Today’s decision builds on the Government's previous action in this area, including banning the sale of puppies under eight weeks and tackling the breeding of dogs with genetic disorders.

"I urge anyone who is thinking of buying a puppy, or any pet, at this time of year to pause and think carefully before doing so. Pets become a part of our families and it is a decision that requires careful consideration and planning. It should not be undertaken on a whim or as a surprise. That is why we promote responsible pet ownership in the Government's welfare codes and I urge fellow animal lovers to consider the idea of rehoming a dog from the many wonderful organisations across the country."