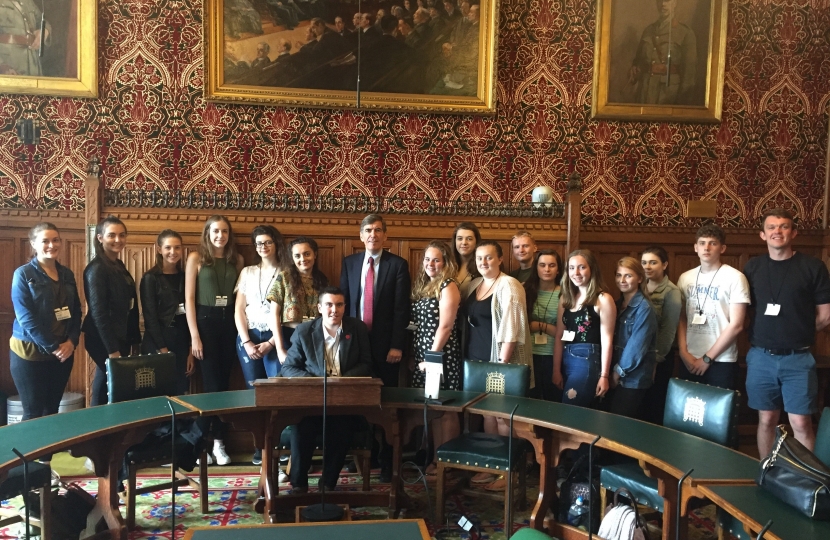 Students and staff from All Hallows Catholic College visited Parliament recently, where they were met by David Rutley, MP for Macclesfield, for a tour and question and answer session.

During their visit on 11th July, David took the sixth form students and their teachers around the Palace of Westminster, and showed them the Royal Gallery, the House of Lords and the House of Commons. David also took the opportunity to explain more about his role as a Member of Parliament, and explained more about the workings of Parliament.

The group also joined David in one of Parliament’s Committee Rooms for a question and answer session, where they discussed the regeneration of Macclesfield town centre and rural issues – including the provision of better broadband and the impact of the local plan on those communities. The students also asked David about the General Election, the Queen’s Speech, public sector spending, and international aid.

Speaking after the visit, David said: “It was great to have the opportunity to meet with these students, and to be able to show them around Parliament. It was clear that they were very interested in our democratic processes and that was great to see. I would like to thank them for their thoughtful questions, and I hope that they enjoyed their visit.”