Aiming High to Mend Our Mountains 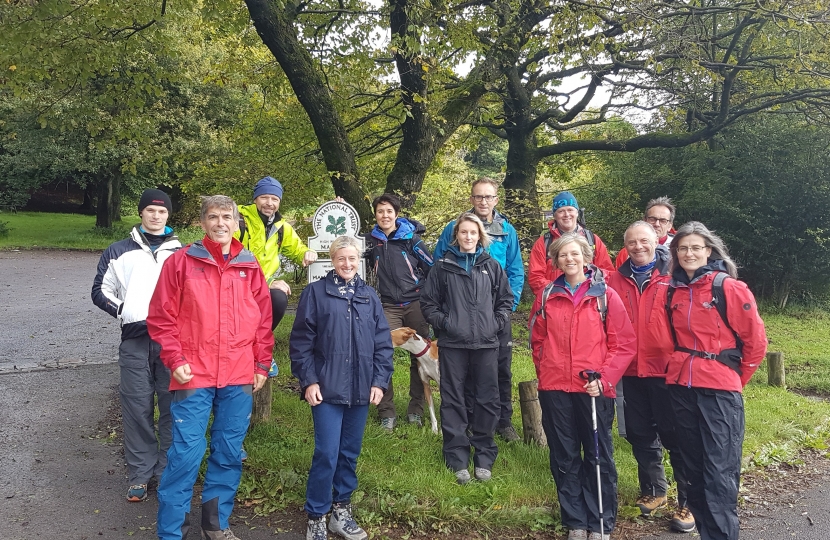 The Peak District National Park is set to benefit from the second stage of the British Mountaineering Council’s (BMC) ‘Mend Our Mountains 2 – Make One Million’ campaign, as Macclesfield MP, David Rutley, learned on a fact-finding meeting recently on Mam Tor, nearby in Derbyshire.

David joined several other MPs, BMC officers and senior representatives from the Peak District National Park Authority to hear about the BMC’s aim to raise £1 million to repair key mountain paths in National Parks, including in the Peak District, helping to preserve these iconic locations for future use and support the local visitor economy. This is an ambitious target, and one that David is keen to support.

There are two proposed projects from the Mend our Mountains 2 campaign that will benefit the Peak District. The first of these is path repairs and restoration work on the Great Ridge, extending from Mam Tor in the area between Hollins Cross and Back Tor, and the second is path improvement and repairs on a shared usage tracks on Cut Gate in the Derwent Valley. Donations can be made to the Mend our Mountains campaign at this website: www.thebmc.co.uk/mend-our-mountains-lives-on--you-can-still-donate

This first stage of the ‘Mend our Mountains’ fundraising initiative was launched in March 2016. It became one of the most successful fundraising appeals for mountain paths, and David was pleased to support it. The crowdfunding campaign organised by the BMC raised over £100,000, and the Access and Conservation Trust also donated £8,000 to the initiative. In the Peak District, funds raised were invested in path repair work on Ringing Roger, on Kinder Scout.

Speaking after the event, David said, “I welcome the aims of this important initiative. In Macclesfield, we are fortunate to have easy access to the Peak District National Park, and it is vital that this beautiful countryside is preserved for future use. As well raising funds to maintain mountain paths, the Mend our Mountains 2 campaign is a good opportunity to encourage visitors to our National Parks to enjoy outdoor recreation, and support our local rural tourism agenda, whilst minimising their impact on the landscape.”